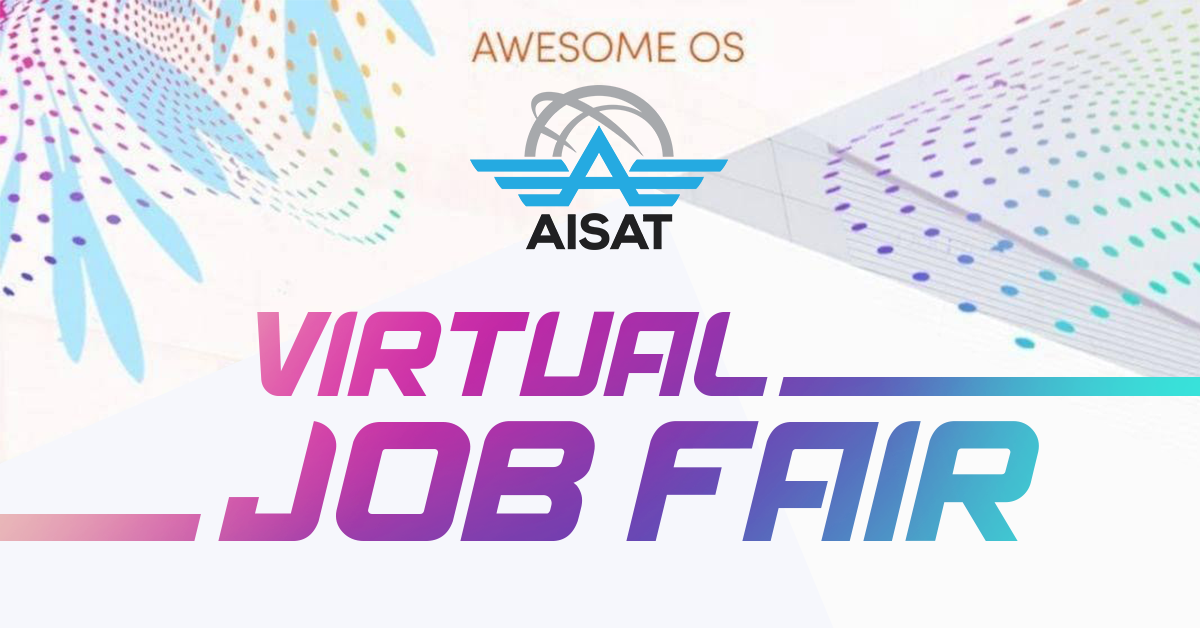 Asian International School of Aeronautics & Technology conducted its first virtual job fair and communications workshop last February 18, 2021, in partnership with Awesome OS, one of the high touch and high-paying Business Process Outsourcing (BPO) jobs located in Davao City. All Students and staff were invited to meet Awesome OS and at the same time, gain information and opportunities to be part of them as well.

The said virtual meet was held via Zoom meeting at exactly 10 am on the morning of February 18. The meet was a bit delayed due to technical difficulties but nonetheless, the meet started pleasantly with the company’s introduction and the school president Atty. Myra Ann L. Wee-Toe Hio’s welcoming remarks.

The said meeting was hosted by the OSA head and SSC Adviser Sir Dwight Dave Quiño and some recruitment and human resources departments of Awesome OS.

The meet highly focused on the subject of being prepared for the job and future encounter of the outside world once students finish their studies in their respective schools and courses. The company enlightens the students on how hard and challenging it would be after graduation, that until then they have to stand on their own and meet the unknown outside world. They further explained some tips and a series of plans to work on. First, students or employees should be prepared at least in speaking English fluently, which includes a good comprehension of the universal language. English should be embraced and practiced always especially for students in AISAT who could possibly go work internationally. The meet also tackled formal letters such as resumes and application letters. The host of the company wanted to point out that in making these letters, they should be almost perfect in terms of grammar, spellings, completeness, and the thought of it to make sure it is clear, concise, and of course, it should catch the attention of the employer. The next thing to prepare for is the overwhelming interview. Everyone agreed on how hard it is and how scary it is to sit and have a one-on-one interview with the employer. Might even compare it to a battle in a field since employees have to be brave, confident, and wise enough to catch hard questions. They clearly pointed out how important it is to be confident since companies wanted to entrust a job to their employees, and if they do not show any confidence while sitting in on the interview, then that means the employee might be unworthy of the position. Less confidence might also mean less commitment to the work. Lastly and the most important thing to prepare in looking for a job is one’s self. An individual should be honest, committed, and just be unique. In addition, one should also try selling their selves to their employers said by the Awesome OS host.

Being prepared and looking for future jobs can be so challenging, but that is the sole reason why each student is studying and trying hard to get diplomas. Education is one’s personalized weapon for the upcoming battle called jobs. With the help of Awesome OS and AISAT, students can let their dreams take flight.